First hip prosthesis implanted on a not yet walking child 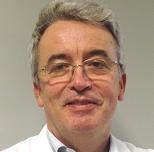 Zoe is now two and a half years old and she walks like all the children of her age. But she learnt to do so with a hip prosthesis, which was implanted at the Rizzoli Orthopaedic Institute when she was 17 months: it is the first time in the history of international orthopedics that an intervention of this kind is performed on a not yet walking patient. 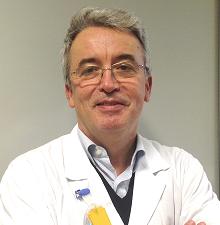 Dr. Marco Manfrini, the orthopedist who followed the child, is coordinator of the Specialist Referral Center for innovative surgical therapies of musculoskeletal sarcomas in the developmental age, 3rd Orthopaedic and Traumatologic Clinic - Prevalently Oncologic, directed by prof. Davide Maria Donati. Manfrini explains: “Zoe had a rare form of bone tumor, grown in the femur. The intervention was aiming to first eliminate the femur part attacked by the tumor, and then to substitute it. But we had to understand how; so far, in the scientific literature there were no cases of hip prosthesis implants in patients that young, not yet able to walk”.

Together with Dr. Manfrini, other researchers of the Institute in Bologna were at the forefront of the starting team. The Medical Technology Laboratory of Dr. Aldo Toni conducted the feasibility study on the reconstructive implant, coordinated by engineer Fulvia Taddei in collaboration with the Musculoskeletal Cells and Tissue Bank, directed by Dr. Pier Maria Fornasari.

“In order to identify the best solution for Zoe – says Dr. Manfrini – and on the basis of the patient’s anatomy, we projected a virtual model of her hip, planning the insertion of a bone graft, that is, a bone tissue from a donor, which consents to remove only the affected part, and of a small prosthesis. Thanks to this preliminary study, we immediately established that the prosthesis was too long for a child of 17 months of age, and that it would have been necessary to cut it: we did so in the operating room, and again in the operating room we prepared the bone graft, which had to be ‘modeled’ according to the laboratory project”.

This collaboration between different competences, which demonstrated the importance of the connection between research activity and assistance, daily performed in a Scientific Research Hospital such as the Rizzoli Institute, allowed to significantly reduce the duration of the surgical intervention, especially delicate at the anesthesiologic level, since an operation of this kind had never been performed on such a young patient. The intervention was therefore successful, also thanks to the precious team work of the anesthetists involved and of the operating room staff.

The utilization of a bone graft from a donor permitted doctors to export the diseased portion of the femur exclusively. This allowed the healthy part of the femur to prosecute its regular growth, as confirmed by the latest radiographies performed on the child.

Today, Zoe walks like any other child of her age. She keeps being followed by doctors in Athens, where she lives, and by the specialists of the Rizzoli Institute in Bologna, who are going to evaluate, over time, the future necessities to maintain the full ability to walk, safeguarded by this intervention which represents a step of maximum importance in orthopedics.