The Rizzoli Institute during the Great War

The war highlighted the problem of regranting autonomy and employability to mutilated soldiers arriving from the battlefront; to this aim Vittorio Putti, director of the Rizzoli from 1915, started studying the concept of “cinematic amputation” of the stump, made suitable for the application of prostheses, and of the mechanic system governing the joint of the artificial limb, with the objective of restoring the mutilated soldiers’ hopes for a life as normal as possible. The activity of the Rizzoli Orthopaedic Factories also boosted, and their craftsmen were requested an intense production of prostheses and aids. 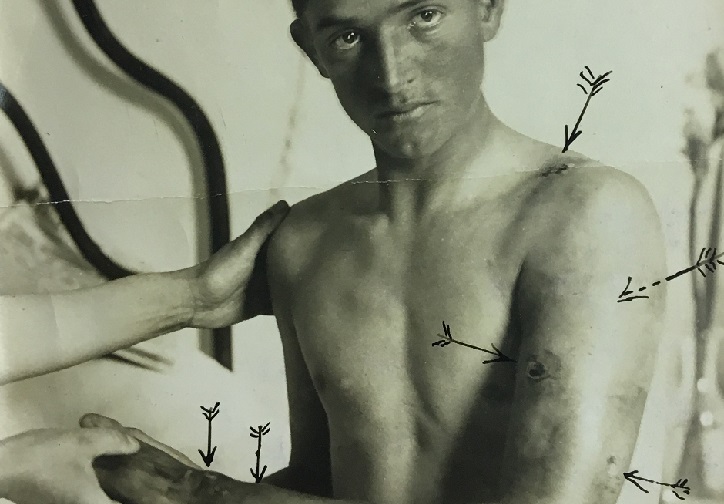 The legacy of such extraordinary commitment at the time is an important historical-archival patrimony, which the Institute intends to valorize to highlight the events of those years, through the participation to exhibitions and cultural happenings, in addition to a project for the recovery and valorization of its own historical archive. It contains approximately 3.500 clinical charts, dated between 1915 and 1922. Each chart tells the story of a soldier, and is composed of the medical material related to the anamnesis, photographs, paintings, a journal of the event leading to the injury, in addition to the description and the material of the prostheses. Such inestimable historical legacy is a unicum at the national and international level, both because it mirrors the activity of a great cure and research Institutions, and by having reached our days without undergoing damage or interventions altering its original asset.